Even though I’ve been using Arch linux on both my laptop and desktop almost exclusively I still need Windows from time to time to test and compile my projects. I’ve been using Windows 7 for that, but now that the support ended I thought it’d be a good time to give 10 a try again.

Microsoft added a dark theme a while back, but since it’s no secret that whoever is responsible for the UI design for Windows is not exactly on top of their game, the dark theme is subpar in my opinion (it’s better than nothing, though). I liked Windows 7’s aero design and Windows XPs Luna theme. No matter what you think about them, they were at least consistent unlike Windows 10, which uses over five different context menu styles, because apparently sticking to one style is dumb.

So I don’t use the integrated dark mode, but rather make use of user made themes (who also came up with some really good mock-ups that whoever is in charge of UI at Microsoft should take a good long look at). For my current setup I use a combination of different things:

These things are fairly straightforward to install, so I’m not going to go into any more detail, just be warned that you’re doing this at your own risk. The final result should look something like this: 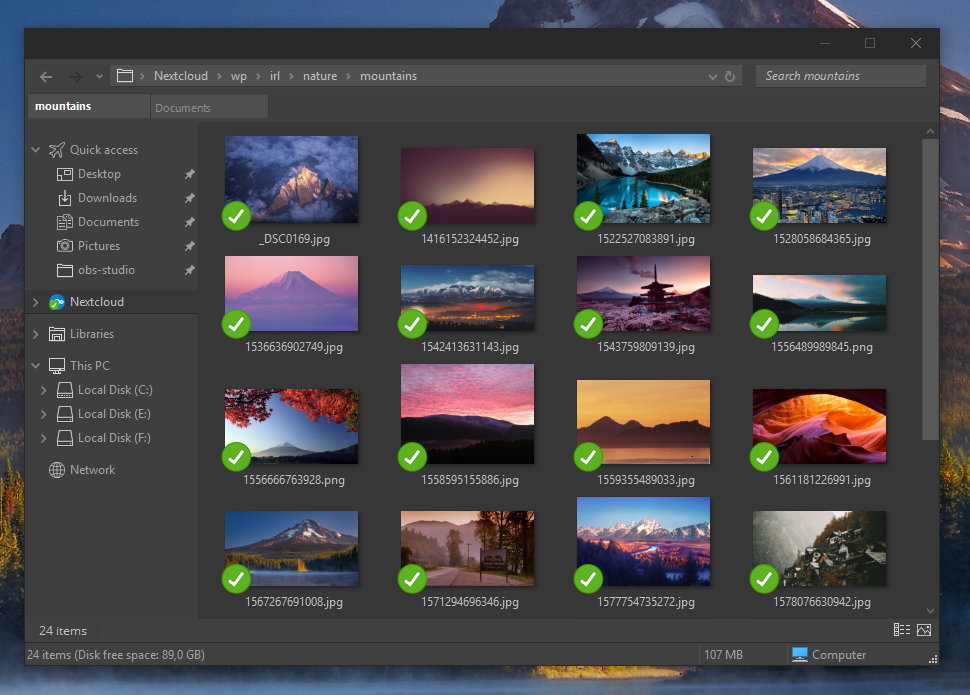 Which is (in my opinion) a lot better than what Microsoft came up with. There’s one issue with this though. Every time you lock your screen and unlock it again the theme messes up a little bit. To fix this I used the windows task scheduling system (for the first time ever), which allows you to automatically execute tasks at specific points in time. Here’s what I did:

And that’s all there is to it, every time you unlock your computer the Theme will be refreshed to make sure it looks like it’s supposed to. While this is more work than using the builtin dark mode it’s quite a bit better in my opinion.